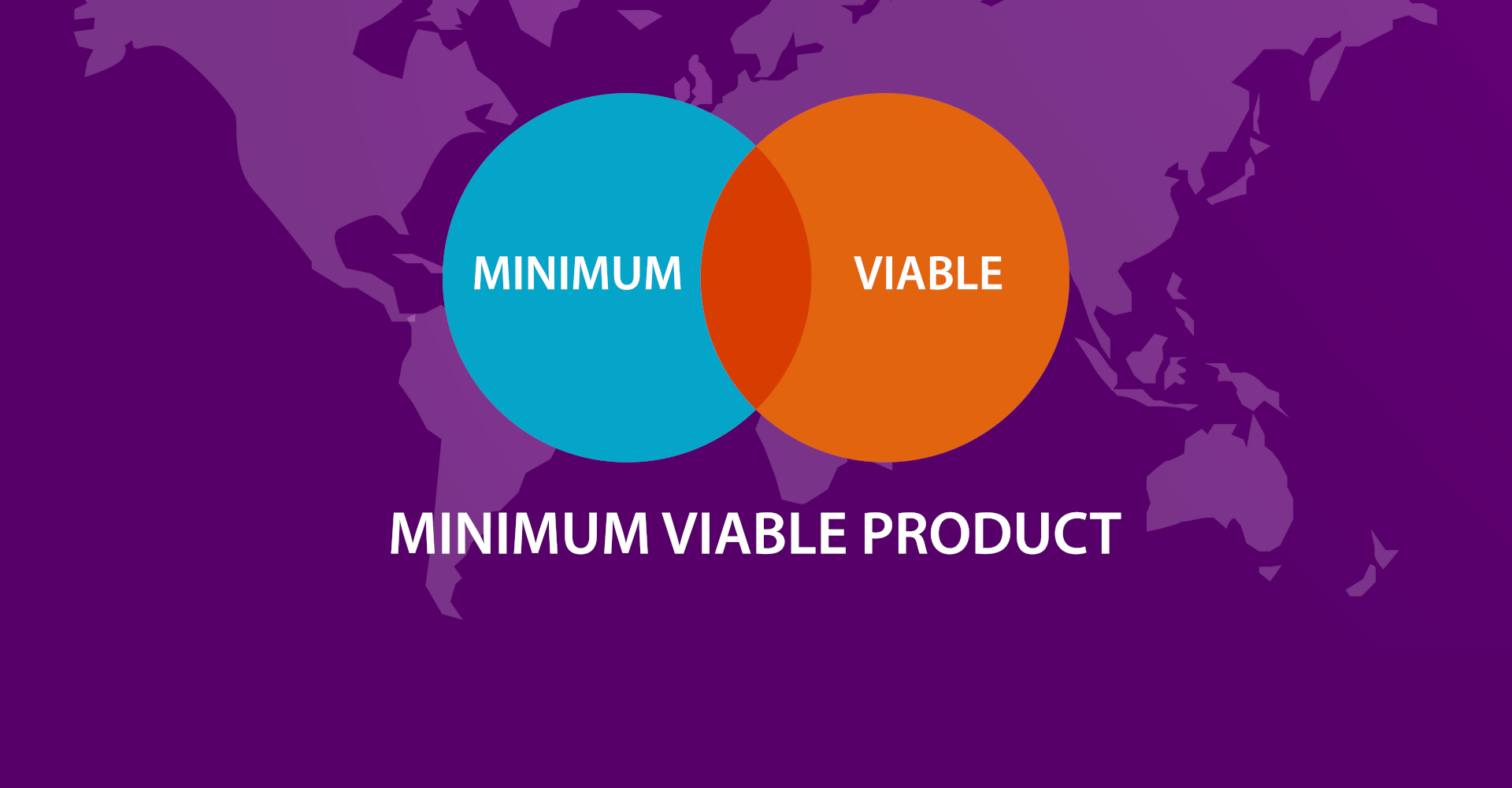 The concept of Minimum Viable Product (MVP) is an important one in today’s business world. Understanding and implementing this process from the beginning could be the difference between being one of the lucky (smart) ones who succeed in the market with a product or service, or landing flat on your face with a metaphorical splat.

Why, specifically, should you focus on creating an MVP? How about because it’s the best way to get your product to market faster while using less of the startup budget. Maybe even more importantly, it allows you to get user feedback quicker in order to make adjustments sooner rather than later.

Before we spend time pointing out the many benefits of this process, let’s go through quickly how it works. Considering the mammoth market for mobile apps, that’s as good an example as any. The basic idea is to design a working app with the minimum number of features required to make it viable in the marketplace.

Don’t waste time on bells and whistles at this stage - but don’t panic - all that will come later. Include only core features for now. Your goal is to get it designed and functioning, then put it out into the market so people can begin using it as soon as possible.

Good question. Your ultimate goal is not to throw a half-assed product out there and hope you can trick people into buying it before they realize it’s crap. What you want to do is give the thing away at this stage, or charge very little.

You want it to get into as many hands as possible. Let them know it is a beta version. What you need is feedback. Lots of feedback. Set up a mechanism to encourage this. Promise a free version of the final product if you must. At this point, feedback regarding what features they want added on is more important than money.

It’s the age-old concept of asking people what they want, then building and selling it to them. But keep in mind that your MVP also has to create value for beta users or they won’t care enough to provide feedback.

To recap our discussion so far, the two primary steps are:

Why is it so critical to maximize your time and money to get the product to market as soon as humanly possible? The reality for startups is that they often operate on a miniscule budget with a single founder/owner who has to work around the time constraints of a full time job to pay the bills.

The reasons are obvious why it behooves an entrepreneur in such a situation to do whatever is necessary to get to the part where he or she can charge money for the app as soon as possible. Let’s break it down into a step-by-step strategy.

When we say you need to understand the market, that’s code for identify and analyze the competition. Figure out their strengths and weaknesses, and your own as well. To take an app to market that doesn’t do something significantly different or better (or both) is to ask for trouble. Unless you give consumers a reason to buy your product, they won’t.

There’s a certain inertia involved with established products/brands that you must overcome. Think of it like this. A company could introduce a smartphone that outperformed Apple’s iphone at every step of the way, but it wouldn’t matter initially. People don’t always buy logically. In this case, you would have to not only build a better phone but figure out how to overcome the momentum behind the Apple brand.

The truth is people are used to buying iphones and it would take a serious market disruption to change that.

Include Only Core Features

Once you have your beta app ready to go, stop. Take another look at it. Is it as simple as it can be, or have you allowed bells and whistles to creep into the design? It’s okay to fall in love with certain features, but now is not the time to include them.

At this stage, it has to be simple. Dead simple. So simple, yes, a caveman could do it, if he happened to be able to figure out how to turn his phone on in the first place.

A good rule of thumb - if in doubt, leave it out. The reality could be that the feature you’ve fallen head over heels for is not wanted by the majority of users. At that point you must decide if you’re in this to make money or just play around. If it’s a great feature, you’ll hear about it and can include it in the final design.

Is There an Existing Framework?

This step is important primarily to software development. Before spending the time and/or money to build something from the ground up, check to see if there already exists a framework (application programming interface or software developer’s kit) that you can use as the foundation of your app. Depending upon your product or service, this idea might be applicable in the real world too.

The point here is not to reinvent the wheel if you don’t have to. If something exists that can be tweaked for your purposes, and it doesn’t involve a copyright or trademark infraction, don’t hesitate to take a shortcut. It’ll get you to market faster.

Before you push the beta version to market, take the time to create a release schedule and roadmap to guide your overall progress. Especially with software, it’s likely you will have several iterations before it is final final and, even then, you will likely have regular updates and improvements to incorporate along the way.

Look at Microsoft Windows as an example. Every few years we get a new and allegedly improved version. But the point here is to incorporate a timeline that keeps your nose to the grindstone. Include dates for releasing the beta version, collecting data, and having the final “real” version ready for sale, at the least. Let’s see if we can think of a well-worn but accurate bit of advice.

How about, “Failure to plan is a plan to fail.” Nobody here wants that, do they?

There should be marketing plan in place long before you ever get to this stage. Just because you have a handy little app or product or service sitting out there, ripe for the plucking, doesn’t mean anyone will be able to find it.

The marketing path you ultimately take depends upon the actual product or service. You might want to include traditional channels like local radio, television, and newspaper, but keep in mind this approach can get expensive fast. Make sure you’re getting a good bang for your book.

If you plan to operate online exclusively, you might start with Google Ads that lead to an explainer video, landing page, or Apple store listing. It goes without saying you should make use of social media, blogging, and a website.

Helping you develop a marketing plan goes beyond the scope of this article, but never fear. There is a host of free information available online.

Perhaps the most important part of this whole process is to garner as much feedback as humanly possible. Don’t get depressed if you see more complaints than compliments. That’s the way of the world. Complainers are loud. Satisfied customers tend to keep it to themselves.

Keep in mind that you want as much critical feedback as possible. That’s the only way you’ll be able to improve the final product.

Twitter is a great way to interact with your initial users. Don’t forget to check out reviews left in the Apple store or other digital storefronts where it might be available for download. And don’t get defensive about criticism. Thess people are telling you how to design a product they want to buy.

At its essence, the concept of creating a Minimum Viable Product allows you to bypass the old-fashioned, drawn-out manufacturing process. Smart entrepreneurs will immediately see the advantage of getting to market faster with a product people want. You can waste a lot of time and money wandering in development circles with no clear idea of what to do.

This strategy leaves no room for guessing, and that’s a good thing.